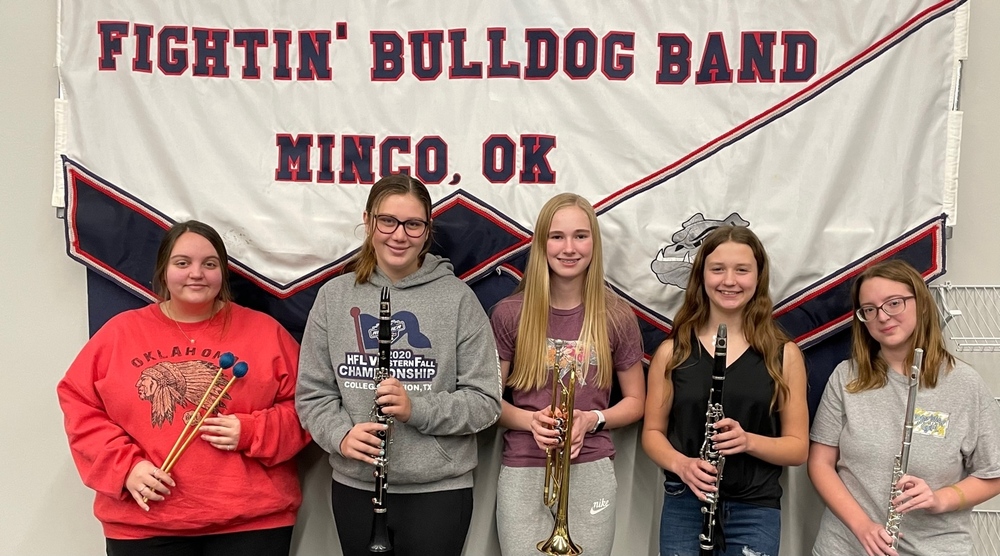 The All Area Honor Bands included Minco band students, Jessica Clark on percussion, Olivia Bross on clarinet, Julie Hoehner on clarinet, Caylee McPherson on trumpet, and Sierra Woodworth on flute. These students auditioned at Ringwood and after performing a prepared number, scales, and sight reading in November were placed in this honor band. The clinic and concert was lead by special directors on the podium. Chris Gregg, director at Durant conducted the High School honor band. His wife, Chris Gregg, also a director at Durant conducted the Middle School honor band. There were many hours of rehearsal in this two day event with a concert at its end. This is a special event offered to students from 23 northern area band programs. Minco’s participation allowed the band students to take extra time and put themselves in an audition requiring extra practice time outside of school. This is a true honor to have included these students. The director of bands at Minco is Tom Mangus.